After more than six weeks since our latest milestone release, we wanted to give you an update on the upcoming Scala-IDE M4 release, and on how things stand in the current development.

First of all, we want to thank every one of you that helped us test multiple Scala version support, dubbed in-house as “Scala Installations support”. We’re especially grateful to Scott Carey, Michał Pociecha, Grzegorz Kossakowski, and Benyi Wang for their comments.

Thanks to your requests and bug reports, some features related to Scala installations have already hit the latest nigtly. You can get them at the usual nightly update-site. 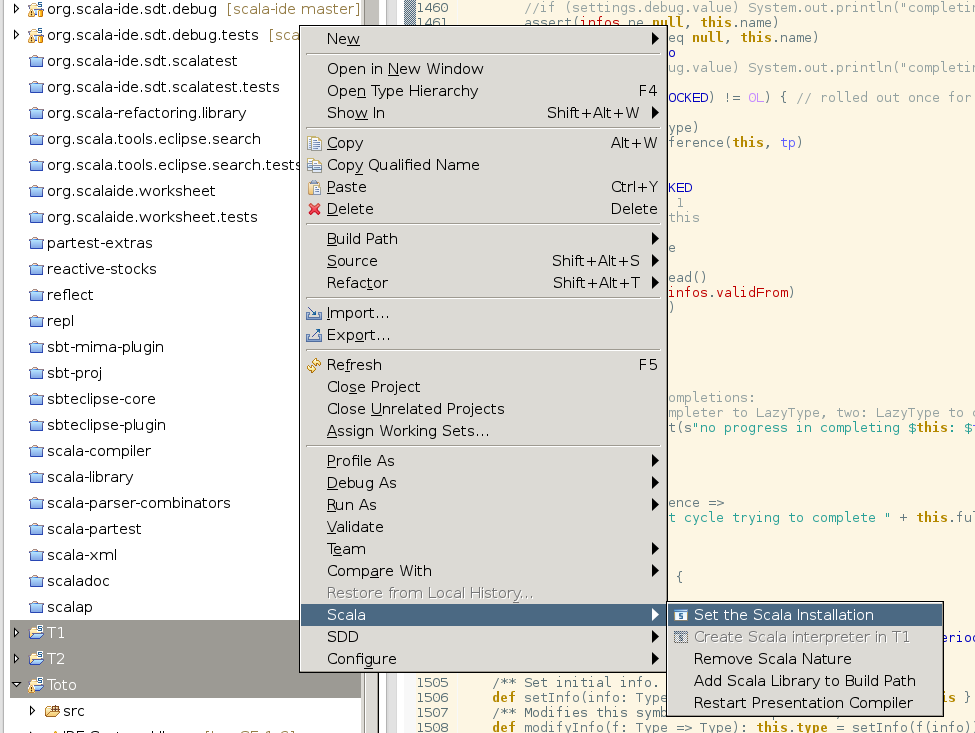 Simon Schäffer has made many fantastic contributions to Scala-IDE over more than two years, most recently leading a great Google Summer of Code project. Some of our users have thanked him for “saving their eyes”. He’s such a force behind the improvement of the Scala-IDE that we’ve given him well-deserved commit rights on the repository.

But Scala Installations are just a small part of what we are working on. Of course it would be foolish to promiss anything or announce any deadlines. But here are some next steps we are hopeful about:

As we strive towards our Luna release, your tests and comments are more useful than ever, so, chime in on the mailing list, report issues on our bug tracker, and let us know what you think on twitter !