We are happy to announce the release of Scala IDE 4.4.1, the first maintenance release of the 4.4.0 version.

This release contains a few bug fixes and one new feature: organize imports on class and method level. Most of the bugs that were fixed were reported after the 4.4.0 release, for a full list of the bug fixes see the changlelog. The new ability of organize imports to handle all import statements on class and method level is enabled by default and can be disabled in the preferences: 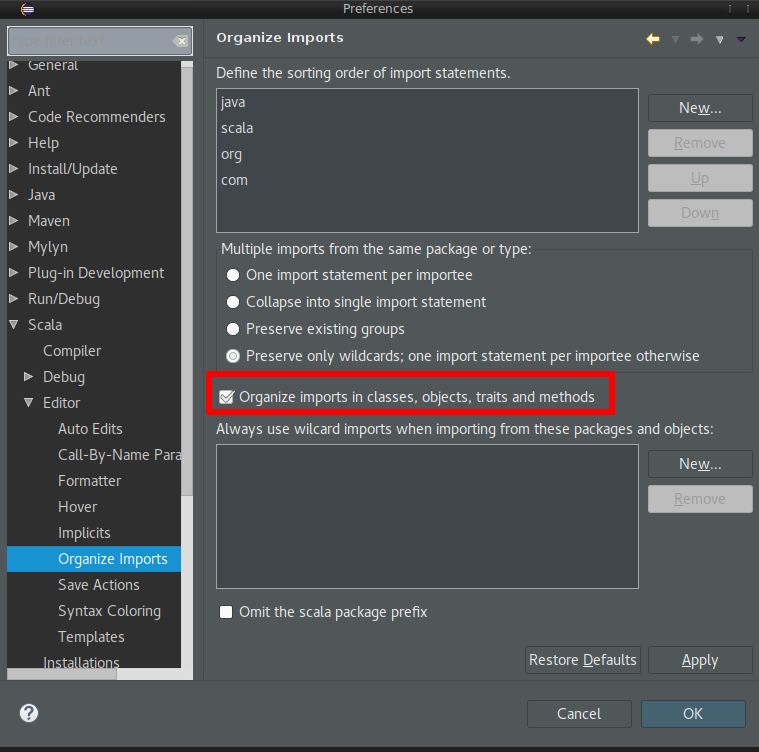 Together with this Scala IDE release, there is also a new version of scala-refactoring released, which can be consumed as a standalone library. The library is available for 2.10 and 2.11 under the following artifact ID:

As usual, this build is available as an all-in-one bundle and through the update sites, for new installations.

Existing installations can be updated using the Help -> Check For Updates feature.